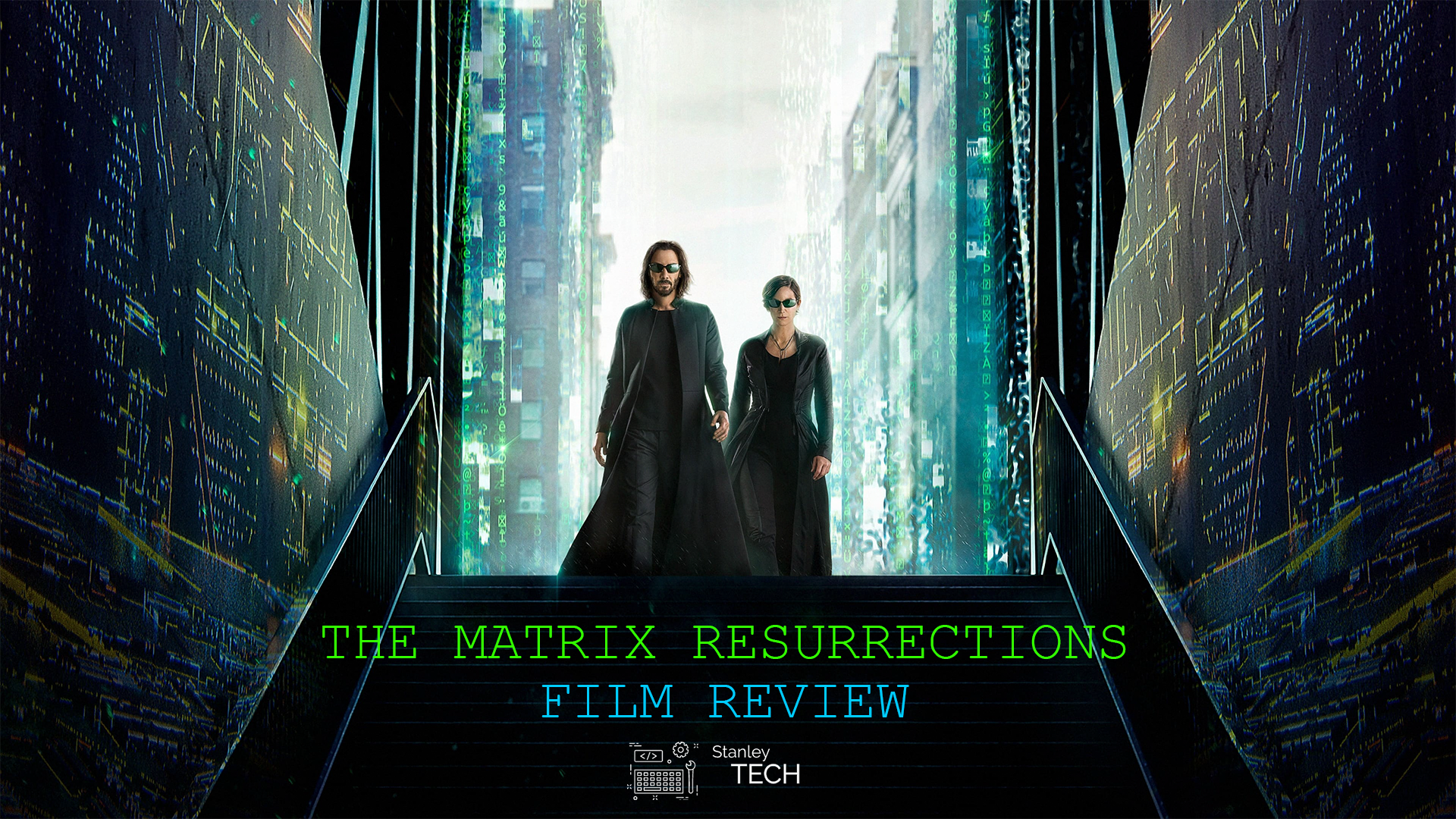 This is my review of the brand-new Matrix movie, ‘The Matrix Resurrections’. I hope you enjoy it!

The VFX in the Matrix Resurrections is very puzzling. Some parts look great and other parts just look terrible and they seem to fall down on the weirdest things. Complex mirror physics looks perfect, but simply matching the light inside a train seems impossible. For another example, the sprawling city of Io looks amazing, but the Nebuchadnezzar looks reused from 1999 (and possibly was). There is a brilliant VFX breakdown by Corridor of this film which highlights the various problems with the bad sequences but also the great things about the good sequences which is linked here. WARNING: There are some spoilers in this video.

As far as the cinematography, the movie has a very nice opening shot (when it transitions from the reflection in a puddle to the real scene) but, other than that, the cinematography is average and nothing that special. I never found myself noticing how nice the cinematography was (except in the first shot), like I did with, for example, West Side Story.

When all the different performances in The Matrix Resurrections even out to a score, the acting is mediocre. Carrie-Anne Moss and Keanu Reeves deliver performances as good as their original ones, if not better. Now let’s talk about the rest of the cast. The only new character who really shines in this movie is Jessica Henwick’s Bugs, who is thoroughly enjoyable to watch, all the way through. Sadly, Morpheus & Agent Smith are played by great actors but they clearly were never meant to be playing their respective characters and their new versions do not at all embody the originals. Morpheus has a sense of humor now, which is a departure from his stern character in the original trilogy, and Agent Smith has lost the intimidating side of his character and has also fallen foul to the humor but if you haven’t seen the original movies in a long time then maybe you won’t notice..

The most disappointing part about The Matrix Resurrections is not the acting or the visuals, it’s the action sequences. They feel thoroughly unmotivated & unenjoyable and lack the adrenaline rush that comes from its predecessors (even The Matrix Revolutions). The Matrix Resurrections has fallen foul to the bombastic mindless action sequences found in many of today’s movies, a departure from the bombastic, but unique sequences from the originals. The few action sequences in The Matrix Revolutions give more enjoyment than these, let alone Matrix Reloaded (which I thought had the best action sequences of the bunch). You spend the entire movie waiting for the big climactic battle but it never seems to come and when it does come, it’s very disappointing. When you’re watching the action, it just doesn’t feel like a Matrix movie. Admittedly, the Neo vs Agent Smith fight is actually pretty great, but it still doesn’t feel at all like a Matrix fight. So much of the DNA of Matrix movies is the action, and this doesn’t live up to any of that. None of the brilliant choreography, the grounded realism, none of that.

The climax is easily the worst action scene. Everything feels so wholly unrealistic and you just get bored watching it, which I’ve never actually had happen before. Nothing new is being put on the table, the just the same old thing. Yes, the Burly Brawl in Reloaded was pretty repetitive and sometimes I found it boring, but not as boring as this mess of a scene. My one last big complaint which I don’t know how Lana Wachowski overlooked, NEO & TRINITY DON’T WEAR SUNGLASSES UNTIL THE VERY LAST SCENE!!

The only way I can describe the script for this new Matrix movie is a mess. It’s a mess of good ideas, but also bad ones. For example, I thought all the meta stuff at the start of the movie was quite cool, but I didn’t think it deserved the entire first half-hour of screen time.

Some other problems are…

Some great things about the script are…

Lastly, I thought the ending was terrible, not because it was a bad ending, because Warner Bros. have openly said they have no intention of a Matrix 5 and the ending is so ambiguous, which just makes it an unsatisfying experience for the audience.

Johnny Klimek & Tom Twyker compose the score for this entry in the Matrix franchise and it is servicable, at some points the EDM parts are fun to listen to but I don’t know why they didn’t get Don Davis back because, frankly, his score is so much better. The main problem with this score is that there are zero new leitmotifs, a big departure from the amazing attention to detail in the original, the only leitmotifs that are used are ones simply reused from the original (such as The Classic Matrix Theme, parts of Trinity Infinity at the start, and the only other one I could pick out is what I believe is the Sentinel Theme, but don’t quote me on that (1:00 into Switched at Birth on ‘The Matrix – Complete Score’ and ‘The Power Plant’ on The Standard Edition) It serves its purpose in the film, and actually does quite a good job of building tension but I would never find myself listening to it on its own, not in the context of the film.

You can buy this soundtrack in Hi-Res on Qobuz here, or stream it for free on Spotify here.

Additionally, you can buy the amazing 44-track complete edition score for the original film in CD Quality here or listen to it for free on Spotify here.

The Matrix Resurrections is, overall, not a great film. You can tell that there was never meant to be a fourth Matrix movie, and that Warner Bros. were scared to tread new ground so just restarted the Matrix universe to squeeze a bit more cash out of this dead franchise. The visuals are flawed, the acting is great but misguided, the action is horrific, and the script is a mess (of good ideas and of bad ones) For the silly changes that were made, I personally don’t want to consider this as canon in the Matrix universe. I’d rather keep it as a trilogy without Neo & Trinity being resurrected. I think that this is probably the best that director Lana Wachowski could have made out of a Matrix 4 without her sister, but forgetting about what happened behind-the-scenes, it’s a bad film. You can find out where to watch it here and watch the trailer above. 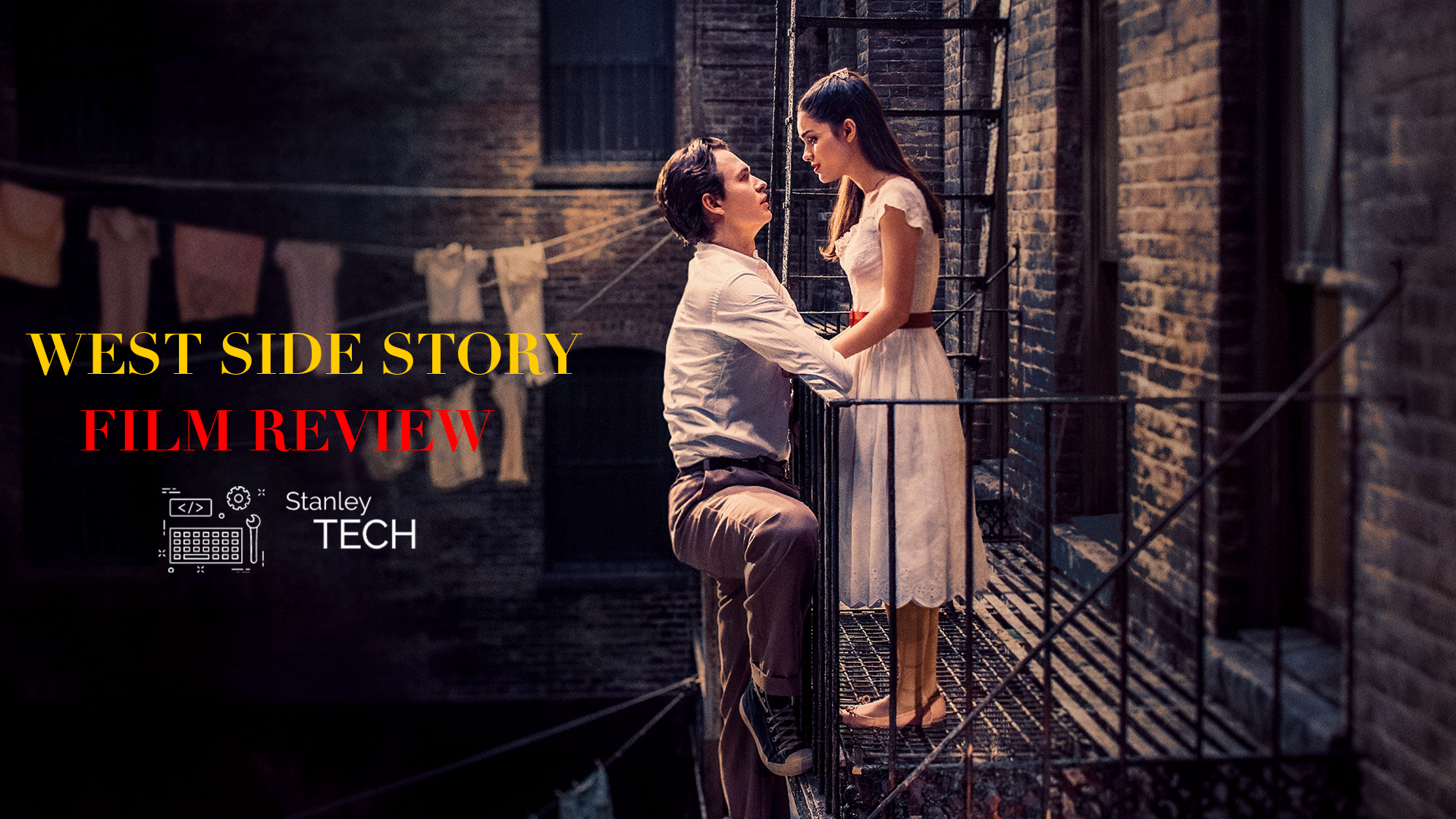 This is my review of Steven Spielberg's remake of the classic musical 'West Side Story'. I hope you enjoy it! Visuals The visuals in 'West Side Story' are simply stunning and cinematographer Janusz Kamiński knocks it out of the park, bringing the upper west side of...

END_OF_DOCUMENT_TOKEN_TO_BE_REPLACED 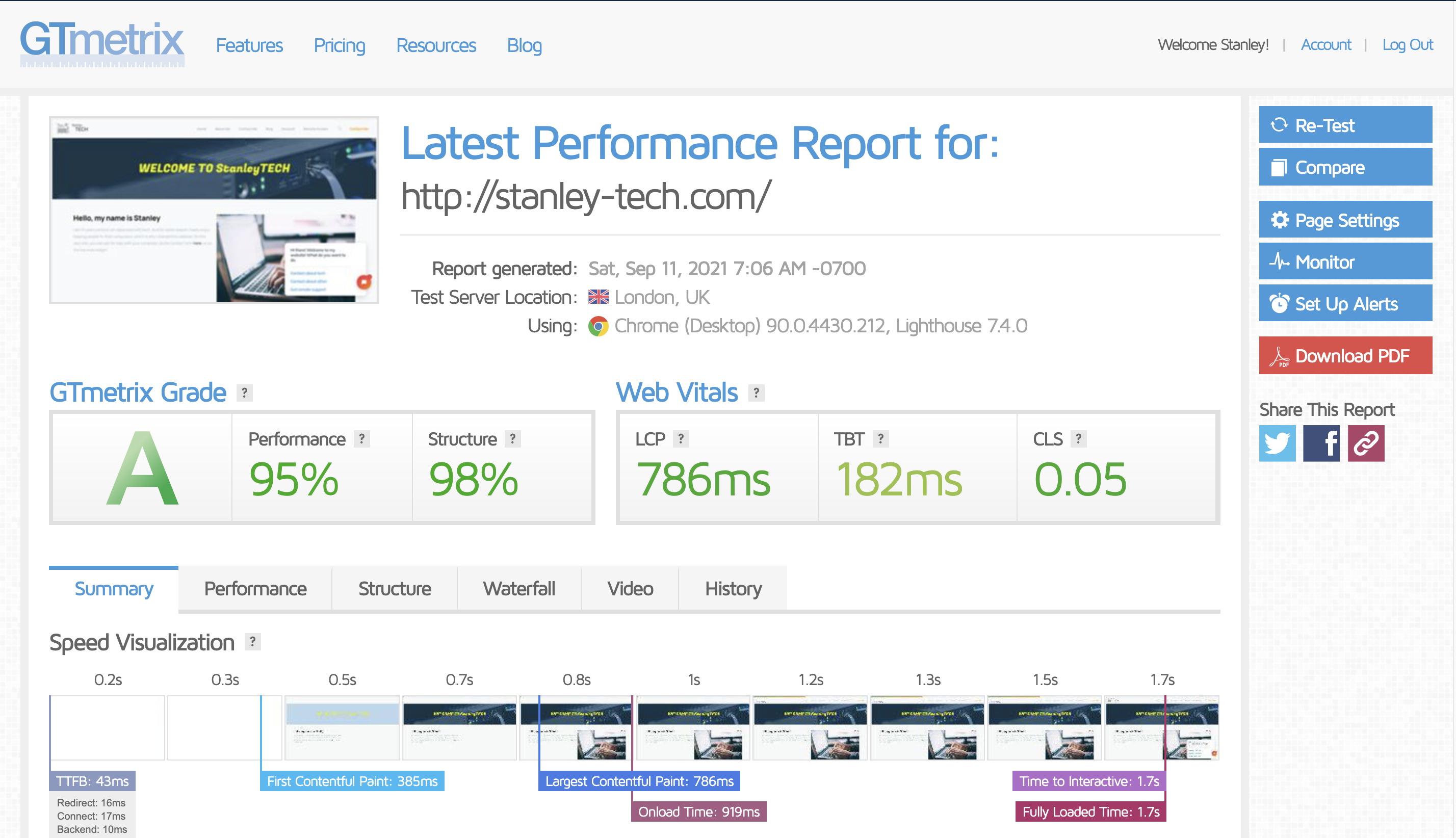 A Full Guide to GTMetrix

SiteGround First, a bit of context. Today, I completed my switch to a new hosting company called SiteGround. I chose them because they have hosting locations that are nearer to me so that my website can be faster. Before, I was using a company called Hostinger but...

END_OF_DOCUMENT_TOKEN_TO_BE_REPLACED

Welcome to the StanleyTech Blog!

Hello, and welcome to the newly created StanleyTech Blog! I decided to start this because I felt my site didn't really have enough content. Here, you will see tutorials but also some possible movie reviews (because I'm also obsessed with movies) Feel free to comment...

END_OF_DOCUMENT_TOKEN_TO_BE_REPLACED

This site uses Akismet to reduce spam. Learn how your comment data is processed.